In addition to the water testing initiative, the District has been testing the installation and usage of new drinking fountains with Bottle Filling Stations.   The tests have been successful and the district is developing a district wide implementation plan in conjunction with the water testing at the school sites. 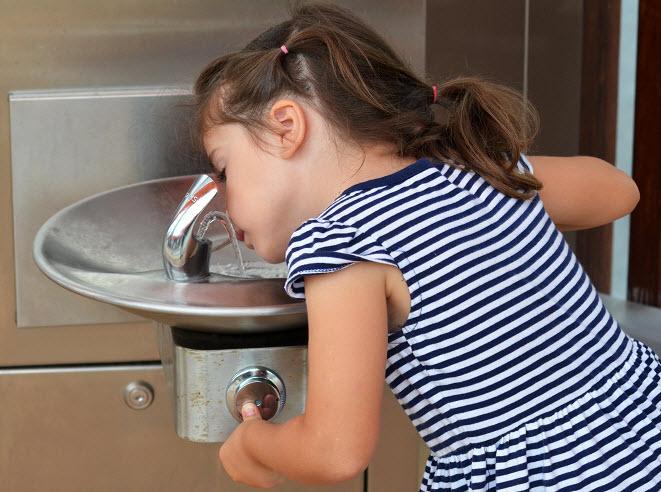 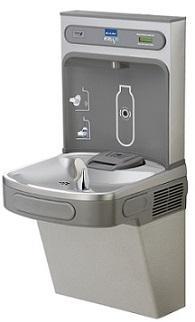 Under a new state law, California school districts and providers will need to test for lead in local schools’ drinking water on or before July 1, 2019. The new law, AB 746, imposes certain requirements on both water providers and school districts.

AB 746 contains statutory requirements to test the lead levels of drinking water at all California public, K-12 schools and preschools and child day care facilities located on public school property by July 1, 2019. Water quality in California is regulated by several state agencies, including the State Water Resources Control Board (State Water Board) and its nine regional boards, which enforce clean water laws and the Department of Public Health. The State Water Board also issues general permits for municipalities and construction sites that try to prevent contaminants from those sources from entering municipal storm sewers.

Drinking water standards and regulations are developed by federal and state agencies to protect public health. In California, the Department of Public Health administers the federal Safe Drinking Water Act, which regulates drinking water quality in the United States.

Paramount USD has been in contact with our environmental consultants to develop a plan for water testing in partnership with our providers.  We have selected Lincoln Elementary, where faucets and water dispensers were scheduled to be inspected and replaced as needed, as the site to test and evaluate the District’s plan prior to district wide implementation.

The new law applies to school sites operated by a local school district, county office of education, or a charter school located in a public facility. The law does not, however, apply to school sites constructed or modernized after Jan. 1, 2010, or certain schools where testing was completed since 2009 and publicly posted online.